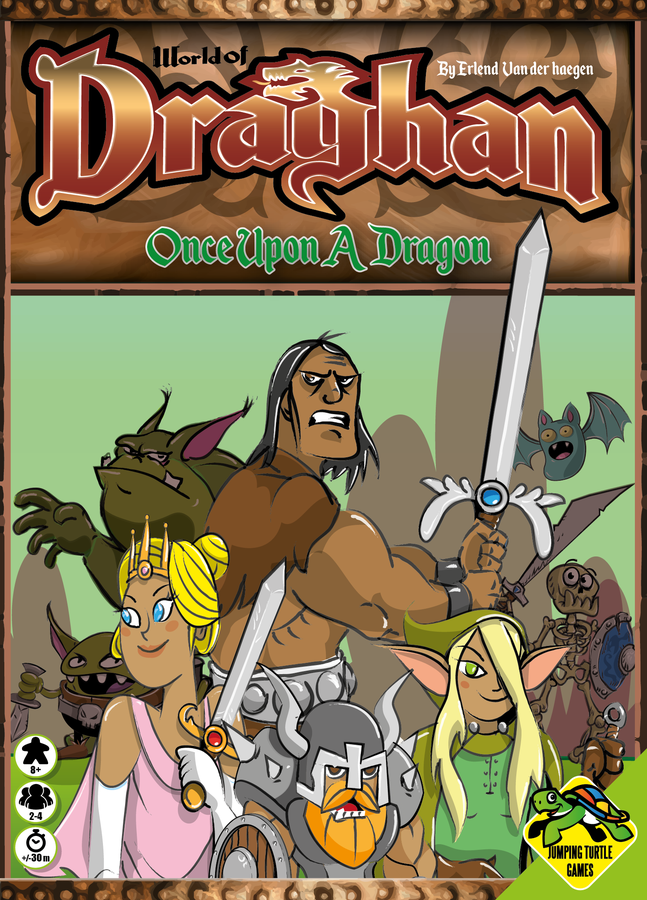 This games contains the following languages

World of Draghan: Once Upon A Dragon

A long time ago, dragons ravaged the kingdom of Draghan – but the wise kings of old built three magic portals to trap the monstrous creatures in the dreaded Shadow Realm forever. Now, however, Draghan faces a new threat: the Order of the Dragon, a secret society dedicated to freeing the captive dragons and unleashing their wrath upon the kingdom once again. Only a small band of brave adventurers stand a chance of unmasking the members of the Order, preventing them from reactivating the magic portals, and ensuring the dragons stay imprisoned in the Shadow Realm.

Once Upon a Dragon is a cooperative card game in which the players take on the role of heroes in a mythic fantasy realm, each with their own strengths and weaknesses. On their quest, they’ll visit different locations where they run into all kinds of monsters and traps to overcome, but they’ll also find precious loot that helps them in future encounters.

When the players find a portal they must decide they are strong enough to step into the Shadow Realm. When they do, there is no way back...

Only by working together and complementing each other the players can make their way to the fearless dragon and put a stop to the Order’s plans indefinitely...

Take a look at out fun & challenging games